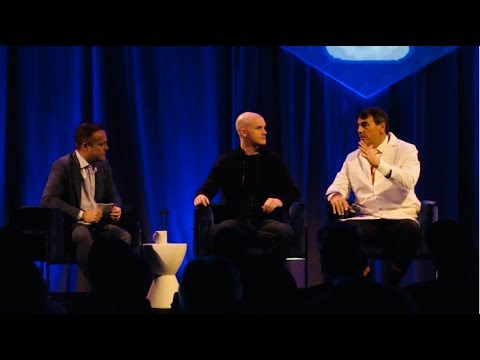 Is The Writing on the Wall for BTC?

First things first.
Not trying to start a flame war here, or spread FUD at all. I'm just trying to summarize / make sure I am aware of the big going-ons in the crypto (specifically ETH / BTC sector.) world.
"3. Bitcoin itself could go to zero The Bitcoin HODL crowd (a play on words for “hold,” as in hold your coins, never sell them), think this is insane, but we’ve watched many times as the early projects in a promising vertical go to zero and the 10th goes to the moon.
Many of us used Ask Jeeves, Lycos, and LookSmart before seeing Google show up in 1998. https://en.wikipedia.org/wiki/Timeline_of_web_search_engines
Many of us used SixDegrees, Friendster, LiveJournel, and MySpace before Facebook in 2004.
Bitcoin is facing massive challenges around speed of transactions, the size of the blockchain, transaction costs and governance.
Governance could be the thing that takes it down. If you want to jump down that rabbit hole, you can watch this video: https://www.oii.ox.ac.uk/blog/the-blockchain-paradox-why-distributed-ledger-technologies-may-do-little-to-transform-the-economy/
The majority case in my mind, is that Bitcoin will, as the first technology out of the gate, be supplanted by a much better technology. This could be a fork of Bitcoin or simply a new, much better product.
As time moves on, consumers get savvier, and that means they recognize a better product quicker and move to it faster and faster. We’ve seen this with people jumping from Hotmail to GMAIL, BlackBerries to iPhones, and dialup to broadband internet.
Consumers will not have the loyalty to Bitcoin that they have to their email account and BlackBerries, because they don’t actually use Bitcoin for anything other than speculation. The switching cost will be zero, as opposed to switching your phone, which requires backing up your data, moving your phone number, and setting up your new iPhone and selling your BlackBerry.
We could see a run on Bitcoin that happens in days or hours, not years like the decline of RIM (BlackBerry’s parent company) and AOL."
Note -- he doesn't mention Ethereum at all in his mega-critical article of the crypto sector in general. I don't know if this is bullish, but I know at the very least it isn't bearish.
Is it just me? Or has there been a steady drip of negative news for BTC? I've heard nothing but positive tests for Casper.
Thanks in advance for not flaming me.
Edit: a word. Binance added ethxxx pairs, they didn't replace anything.

The majority case in my mind, is that Bitcoin will, as the first technology out of the gate, be supplanted by a much better technology. This could be a fork of Bitcoin or simply a new, much better product. As time moves on, consumers get savvier, and that means they recognize a better product quicker and move to it faster and faster. Jason is a serial entrepreneur, angel investor, podcaster and writer. He is the founder of Weblogs, Inc., which was sold to AOL, as well as Mahalo. He’s the founder and host of This Week in Startups, a long-running and popular podcast about interesting stories from the world of entrepreneurship. Hong Kong’ s annual StartmeupHK Festival, the startup showpiece organised by Invest Hong Kong (InvestHK), ended July 10 after a record-breaking week that more than lived up to a common underlying theme apparent in each of the sector events and activities: innovation and problem solving as the driving force for startups.. During the week, the event hosted 471 speakers from 97 countries and ... Dovey Wan (Palo Alto, California, USA)- is an American investor, founder, mentor and advisor, crypto-analyst, trader, founding partner of Primitive Ventures and Advisory Board Member in CoinDesk. At the same time, a well-known venture capital investor Jason Calacanis, who was one of the first investors in Uber, believes that bitcoin is outdated and its rate may drop to zero. Note that bitcoin is the first successful cryptocurrency, and the technology underlying its blockchain is indeed somewhat outdated.

Jason Calacanis is one of Silicon Valley's most successful investors, and his book Angel is a play-by-play guide about how to become a succesful angel investor yourself. I couldn't put it down ... Pomp Podcast Crossover: Anthony "Pomp" Pompliano on most exciting crypto projects, Hey vs. Apple, Robinhood/Barstool traders, Zuck vs. Bezos, Jason's Bitcoin position & more! 0:52 Jason intros ... Jason Calacanis CNBC Halftime Report: Tech testifies Congress, ... Understanding Bitcoin's Surge And Its Use Around The World CNBC - Duration: 7:02. CNBC 70,942 views. 7:02. This is an episode of The Pomp Podcast with host Anthony "Pomp" Pompliano and guest, Jason Calacanis with Helium Co-Founder Amir Haleem. Jason Calacanis - Angel How to Invest in Technology Startups Audiobook Robert Kolb. ... Don Tapscott Blockchain Revolution How the Technology Behind Bitcoin Part 01 Audiobook - Duration: 7:02:48.